The Importance of Healthy Teeth 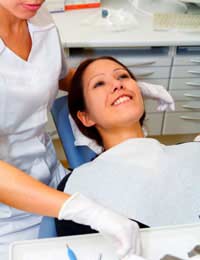 Keeping your teeth and gums healthy is vital for your general health. If you do not look after your teeth and gums properly, plaque and tartar can easily build up. This can create several problems, including gum disease, tooth decay and tooth loss. If you suffer from certain medical conditions, maintaining healthy teeth and gums is even more important. For example, those who suffer from diabetes should take particular care of their teeth and gums as high glucose levels can make you more likely to develop periodontal disease.

Plaque is formed when bacteria from your saliva attaches itself to your tooth enamel. Initially, it is colourless and hard to see. Brushing your teeth twice a day with fluoride toothpaste will help to remove plaque. In addition to this, flossing on a daily basis and using anti-bacterial mouthwash will also be beneficial for fighting plaque.

Tartar is formed when some of the minerals found in your saliva react with built-up plaque to create a hard white layer. This often happens behind your lower front teeth. If tartar is allowed to build up, it requires a dentist or dental hygienist to remove it. Removing as much plaque as possible from your teeth is the best way to stop the build-up of tartar.

Periodontal disease has several signs, including:

Maintaining healthy teeth and gums is especially important if you have diabetes. If you suffer from high blood sugar levels, you have more chance of developing periodontal disease. Ironically, periodontal disease also has a detrimental effect on your blood sugar levels, which obviously results in a no-win situation. Because of this, you need to clean your teeth twice a day (or more, if you prefer) and floss on a daily basis. Using an anti-bacterial mouthwash can also be a good idea. You should also avoid eating foods that are rich in sugar. As well as affecting your blood sugar levels, sugary and sticky foods can result in an increased build-up of plaque on your teeth.
Next Page

All About Whitening Toothpastes